For King and Kanye 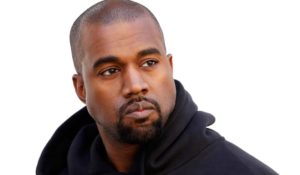 His lyrics tell the story. He used to say, of himself, “I am a God.” Now, says Kanye West: “Jesus is King!” Kanye, one of the most newsworthy pop artists of the last two decades, claims to be a bona fide Christian. Jesus is King! That’s the title of Kanye’s latest album, and the theme fits nicely with his recent concerts, which he now bills as “Sunday Services.”

In fact, Kanye West is one of the best-selling artists of all time, having sold more than 140 million records. He’s been described as a rapper, singer, songwriter, record producer, entrepreneur, and fashion designer. Since 2004, Kanye’s fame has been a bit of a bumpy ride, to say the least. We never knew what he was going to say – sometimes via unexplained outburst. He seemed to possess a penchant for controversy, and a passion for igniting a public uproar.

But all of that seems to have changed. Kanye, a father of four, has moved away from graphically sexual lyrics. He seems deadly serious about his faith. He seems undeniably to have experienced some sort of profound spiritual awakening. According to Kanye’s wife, Kim Kardashian: “He has had an amazing evolution of being born again and being saved by Christ.” That’s how you and I generally identify a Christ-follower, isn’t it?

We are initially thrilled by the thought of a high-profile Christian in the world of entertainment, where solid evangelical believers seem drastically underrepresented. At the same time, we’re dogged by worries about when and how the lifestyle of the celebrity will inevitably disappoint. We’ve come to expect that disappointment and disillusionment, because we’ve noticed a pattern among Hollywood stars who profess faith in Christ on the public stage, and it’s a pattern that rarely resembles genuine Christian discipleship over the long haul. So we’re a little afraid to get excited.

Don’t be. Here’s my best advice for you: get excited for Kanye!

We need to pray for Kanye. Many who hate the gospel want him to fail. Unfortunately, many who claim to love the gospel seem to want Kanye to fail – simply to validate their concerns. That doesn’t sound like a noble plan of action to me. The world doesn’t need any more Pharisees, and we have to fight the Pharisee in us on a regular basis. We’re supposed to be looking for good fruit – not bad fruit.

We need to ask God to send Kanye faithful teachers and preachers and shepherds and mentors and friends. Just like we would pray that for each other, or for anybody else who expressed an interest in the things of Christ. I can imagine a powerful, powerful ministry emanating from the life of a redeemed Mr. West, who might be uniquely qualified and positioned to help many of us to see that nearly limitless money and fame and popularity are never enough to satisfy the deepest cravings of the human soul.

I can’t tell you whether or not Kanye’s faith is real. I’m without access to the Lamb’s Book of Life. But I know that you and I are called to believe the best about each other: “Love bears all things, believes all things, hopes all things, endures all things” (First Corinthians 13:7).

From his opening track …

Every hour, every minute, every second

Let everything that has breath praise God

Praising the Lord, praise God in the sanctuary

For His mighty works and excellent grace and his mighty power, yeah