No News Is Bad News 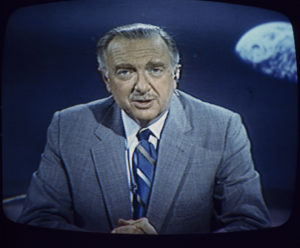 It appears that CBS News this week fired an employee after CBS discovered that the employee, who was formerly a reporter for ABC News, leaked video footage which confirms a decision by ABC to cover up a critical story about Jeffrey Epstein. In case you’re unfamiliar with Mr. Epstein, he was an American financier and convicted sex offender who committed his indecencies via an elite social circle that preyed upon women and underage girls. Epstein was arrested in July of this year on federal charges for the sex trafficking of minors in Florida and New York. In August he took his own life in his jail cell.

This recent development involving two of our major American news outlets deeply disturbs me. Jeffrey Epstein could have been stopped in his tracks three years earlier, but that did not happen, sadly. So ABC gets caught but seeks the help of CBS to punish the employee who brought the truth to light. And CBS dutifully complies.

Last I read, from the University of Pennsylvania, only six in 10 Americans can name any of the five rights protected by our First Amendment. So I will remind us all: “Congress shall make no law respecting an establishment of religion, or prohibiting the free exercise thereof; or abridging the freedom of speech, or of the press; or the right of the people peaceably to assemble, and to petition the government for a redress of grievances” (emphasis mine).

The First Amendment protects the media. There’s no doubt about that. And we must be willing to err on that side for the preservation of our democracy. But, friends, journalists are only “journalists” if they strive for accuracy. We desperately need the journalist’s independent voice – that’s for sure – but we also depend desperately upon the journalist’s commitment to integrity.

I know that I’m a pastor, but I’m concerned that our culture is losing the discipline of journalism. I like the definition of the role of a journalist offered by Andy Crouch: “to make complicated things clear, quickly, for people who could be doing something else, in the service of truth.” I would submit to you that a noble understanding of journalism, something along the lines of what Mr. Crouch has penned, goes hand in hand with the freedom of the press which is enshrined in our Constitution.

If the truth is not at the center of the news, is there really any news?

Certainly no conservative evangelical, but warmly embedded in my childhood psyche, Walter Cronkite (1916 – 2009) said it like this: “The ethic of the journalist is to recognize one’s prejudices, and biases, and to avoid getting them into print.” Pondering his own profession, and the vocation of journalism in general, Cronkite also remarked: “Our job is only to hold up the mirror – to tell and show the public what has happened.”

And that’s exactly why the covering up of Jeffrey Epstein’s offenses alarms me. The public could not know something the public should have known. Something we needed to know. From the Society of Professional Journalists Code of Ethics: “Ethical journalism treats sources, subjects, colleagues and members of the public as human beings deserving of respect.” I can live with that. But it doesn’t feel to me like that’s what happened in this case. Especially when the withholding of critical information seems motivated by the valuing of Disney Dollars over vulnerable children.

In a season (that feels more like an epoch by now) when everything is politicized beyond measure, you and I need to be praying for a revival of truth-telling in our day. The world may feel “post-truth” on many levels, and it may seem unfashionable to speak of truth in such a way that objectivity still matters, but WE MUST TELL THE TRUTH ABOUT TRUTH.

Jesus prayed for His own (John 17:17): “Sanctify them in the truth; your word is truth.” What more reliable word do we need? Perhaps it will be the Church at Paducah through whom the Spirit of the living God will reawaken in our day – and in our land – a passion for the truth.